Last Will and Testament

Inicio » University » Last Will and Testament

In Paris, on the sixth day of January, nineteen hundred and twenty before me, Consul General of Chile in France and the witnesses Mr. Benjamín Aninat, Mr. José Manuel Piñera, Mr. Ismael Tocornal, Mr. Jorge Valdés Mendeville and Mr. Luis Germán Valdés Rodríguez, all Chileans and without any legal disability and currently in this capital city, appeared Don Federico Santa María, Chilean, of legal age, domiciled in this city and, being healthy and sound mind, handed me this closed sheet, declaring to me that inside it is his will, on the cover page of which I wrote for the record the present act which I signed with the testator and witnesses indicated above.

All this happened in one act.

“I wish first of all to express to my fellow citizens that the last thirty years of my life were devoted exclusively to altruism and for this purpose I made my first will in 1894, bequeathing to the society of Valparaiso a University, but in the course of time, experience showed me that this was a mistake and that it was of capital importance to raise the proletarian people of my country, conceiving a plan, by which I contribute, first with my donation to childhood, then to the Primary School, from there to the Escuela de Artes y Oficios (School of Arts and Crafts) and finally to the Colegio de Ingenieros (College of Engineers), putting within reach of the deserving underprivileged to reach the highest degree of human knowledge”.

“I leave to my executors the totality of my assets after satisfying the bequests and debts so that they may apply said assets or their products to the creation and establishment in the city of Valparaíso of the following institutions:

A school of Arts and Crafts, with a boarding school and day school, where only students who have distinguished themselves in the primary schools for their intelligence and industriousness will be admitted to the boarding school; likewise, two students or more will be admitted at the discretion of the Head Office of the Institutions, for each province of Chile, and who have also distinguished themselves in the schools therein;”

“…the instruction as well as board, lodging, food and clothing will be free of charge; in addition, in the boarding school of the School of Arts and Crafts there will be separate rooms for students who have distinguished themselves in the School of Arts and Crafts and who, because of their aptitudes, the Board considers that they deserve to continue their studies and go on to the College of Engineers; in no case will students of wealthy relatives be admitted to the boarding school of the School and the College, but they may enroll in the day school of both establishments;”

“…admission to the day school will be made in accordance with the provisions of the Head Office of Institutions. A college of Engineers in all its specialties, civil, railroads, factories of all kinds, mining, hydraulics, electricity, etc., and all such other areas as physical progress implies; the boarding of this college will be at the boarding school of the School of Arts and Crafts as aforesaid, and only those who the Board considers fit to pursue their studies, whether they come from the School of Arts and Crafts or from other schools and who do not have the resources will be eligible for it; there will also be a day school for students in general, in which the Board will determine whether those who attend are fit to pursue the career of engineers.”

“The two day schools of the School of Arts and Crafts and the College of Engineers will be served the same food taken by the two boarding schools at lunchtime. These institutions being essentially secular in their instruction, all religious instruction is in fact forbidden within the schools, which must be given by their relatives at home.

The School of Arts and Crafts as well as the College of Engineers and any other institution that may be created later must add to their title the name of José Miguel Carrera as a tribute to the great patriot who gave the first cry of Independence in Chile and as a teaching to the students that above all they owe their homeland.”

Last will and testament of Federico Santa María Carrera (Spanish) 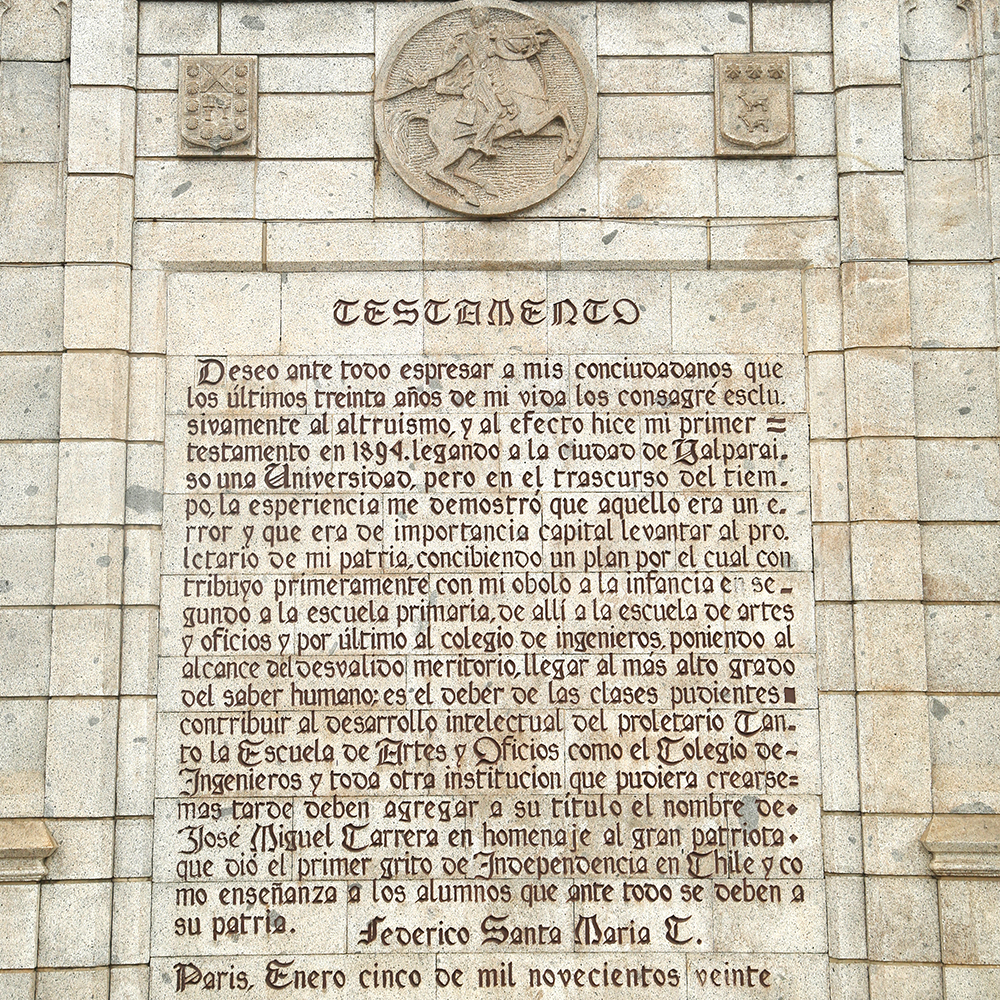 Fragment of the will of Federico Santa María Carrera, located in the Main Campus, Valparaíso of the USM 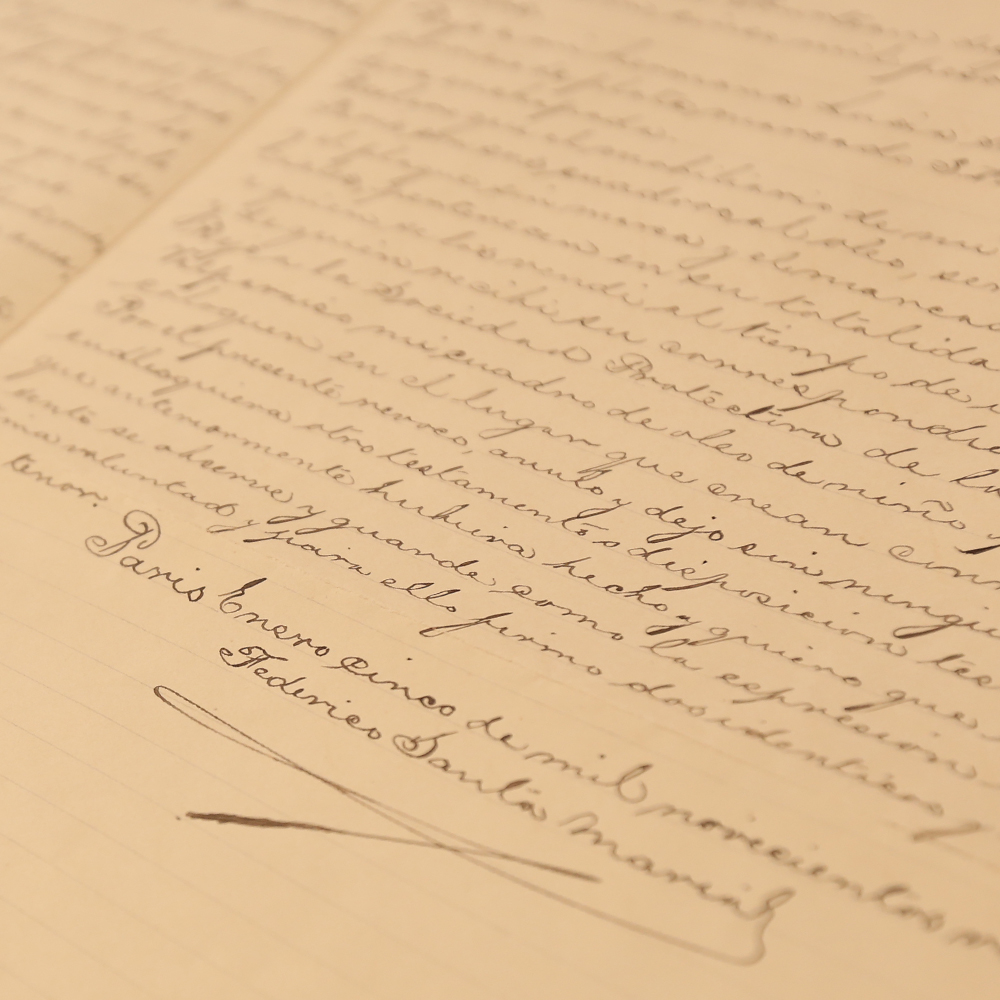 To exit press the Escape key or the X button